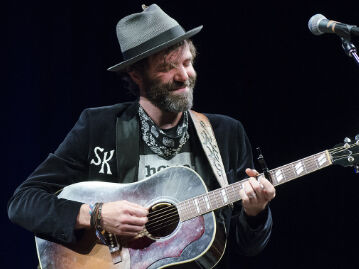 Over the last decade New England native Stephen Kellogg has performed more than 1800 concerts around the world, raised thousands of dollars for causes close to his heart, been named Armed Forces Entertainer of the Year, and penned singles for artists like "American Idol" winner Nick Fradiani and legendary guitarist Robert Randolph. He's also had his songs covered by international major label acts and released nine albums of his own that have yielded hundreds of thousands of ticket and album sales.

Rolling Stone describes his newest record as “like John Prine fronting the Heartbreakers” and Adam Duritz Of the Counting Crows calls the album “brilliant” and Stephen a “treasure.” The Michigan Daily says “it’s as though Kellogg was born on stage.” Filmmaker Peter Harding was so moved by the underground nature of Kellogg’s story that he made a documentary called "Last Man Standing" which went on to become an Amazon exclusive film. “SK” as he is affectionately referred to by fans, has built a substantial career that has landed him onstage with some of the biggest & best touring bands in the world (Train, Sugarland, Jason Isbell, Sara Bareilles, Hanson & OAR to name a few.) Kellogg's music has found it's way onto the Billboard charts & been featured in numerous films and TV shows. His Americana-tinged, folk, pop and rock stylings can make his sound hard to define, but to his core this musician, storyteller & father of four brings heart and incredible energy to everything he does.

Thaddeus and Tammy Wiley have both been surrounded by music their entire lives, and in 2018 began opening their hearts and minds to the greater arts community in a new way. Having actively supported musicians for years attending concerts, purchasing merch, supporting kickstarter campaigns, downloading & sharing music, and connecting friends across the country; Thaddeus & Tammy put their efforts under one umbrella, Wiley House Concerts, to continue this support in a special setting. 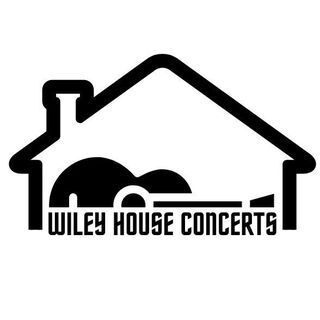