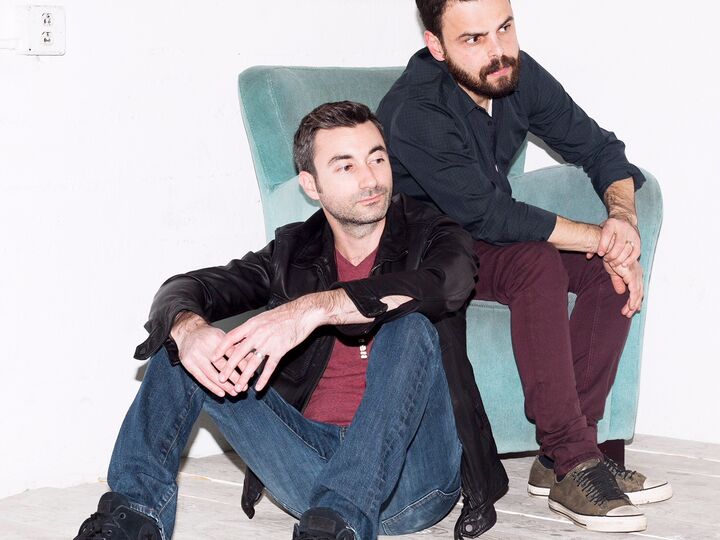 Since their inception, Ships Have Sailed have always struck a balance between exuberant pop and substantial alternative rock. Their debut EP ‘Someday’ (2014) was well received throughout the US, Canada and the UK, catalyzing a Northeastern US tour and landing the band showcases at SXSW, CMJ Music Marathon, Canadian Music Week, & NAMM in 2015. They took home accolades from ISC and Unsigned Only that same year, furthering the band’s impetus for the release of their first full length album, ‘Moodswings’. The eleven song studio effort earned glowing reviews from Blackbook, Wild Honey Pie, and The 405, again receiving notice from ISC, Unsigned Only and The John Lennon Songwriting Competition, and spawned a sister release ‘Re: MIX’, whose tropical house remixes seemed in perfect step with the evolving music climate.

Over the next few years, in between bouts of touring across the U.S. as well as England, Scotland and Ireland, they added a couple more EPs to their catalog, as well as two singles, the most recent of which was released on February 7, 2018, titled “Let’s Just Dance”. In Will’s words: "Let's Just Dance is a dreamy, exuberant swirl of emotions... disguised as a whimsical love song.  I wanted to dive a little deeper and explore the struggle of always wanting more no matter what you already have, which I think is almost a feature of the human condition.  At the same time, I wanted to break new ground musically, and reach for some new areas of my songwriting palette...ultimately this track surpassed my own expectations, and I can't wait to see how people respond."

Working in tandem with our growing network of researchers, supporters, patients, and ImmunoAdvocates, we're funding the best scientists doing the best research—all while promoting awareness, sharing up-to-date Immunotherapy information, and inspiring lifelong advocacy for the cause.