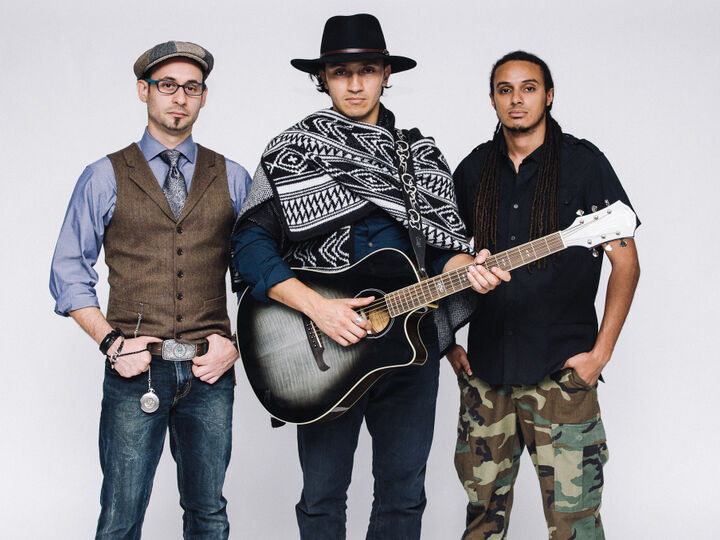 Leo Æther is an alternative band that fusions South American folk sounds with rock n’ roll. After the release of Vuelo al Sur at the end of 2016 they have been touring through Central and South America, as well as U.S.A.

The band’s current goal is to keep touring to promote their recent music video releases, while they work on their new record, El Sendero del Fuego (The Path of Fire).

The three members of the band are Leonardo, Juan and Pablo.

Leonardo is a singer/songwriter born in Bogota, D.C., Colombia. He is the Lead singer, guitarist and keyboardist in the band, although he likes to venture on to other instruments. He is the former frontman of Urbe Prima, and has grown immensely since, staying a driving force of the independent Latin Alternative music not only in the U.S.A but many other countries in the Americas.

Juan Burgos is a Puerto Rican bassist currently based in Florida. His influences range from Classic Rock, Grunge, Alternative, Pop, Motown to Country, Jazz and Latin music which allowed him to grow recognition as a well-rounded bassist by adding an arsenal of electric bass, double bass (with or without bow), synth bass, and effects pedalboard that will adapt to (or transform) any song.

Pablo is a Puerto Rican drummer and percussionist, roaming. He has been playing drums since he was very young and stages are his comfort realm. He has great versatility as a percussionist which adapts perfectly with Leo’s writing style. Some of his favorite bands include Greenday and Gondwana.

Direct Relief is a humanitarian aid organization, active in all 50 states and more than 80 countries, with a mission to improve the health and lives of people affected by poverty or emergencies.