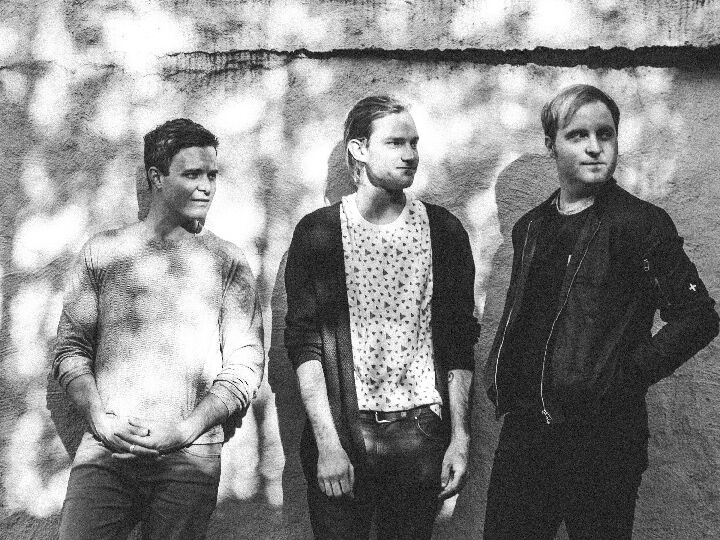 "We've been at home compiling new music," Beta Play's Tom Cantillon says, describing a year in the life of the Santa Barbara, California-based band. At this point there are a number of new songs in various states of completeness. And each day the creating continues. "I have a home studio, and I basically run or hike in the morning and then I work until my fingers bleed, trying to get something special."

Being home is a new concept for Beta Play, a trio that grew out of a previous band co-founded by Cantillon and his younger brother Michael, a group of road warriors called Tommy & The High Pilots. "We had been on the road six-eight months a year since 2009," says Tom Cantillon. But the road can wait for now. "At this point it's all about creating the best possible body of work we can."

Beta Play was formed in early 2015 by Tom Cantillon on guitar and lead vocals, Michael Cantillon on keyboards and backing vocals, and Mike Dyer on bass and backing vocals. After three albums and two EPs between 2009 and 2013, Tommy & The High Pilots holed up together in a house for six weeks to create. What they created was something completely new. "We jammed as a band every day 'Everybody turns up, get on your instrument and let's see what happens,'" Tom remembers. "We just started bringing in new influences to what we were creating, to what would become the first EP." Those new influences turned out to be more electronic, poppier, and more keyboard-based. "The older we got the more we got into the electronic devices that were at our fingertips and toying around with that really grew our sound exponentially."

And with that, Beta Play was off and running, armed with catchy dance-pop tunes that land them squarely in the conversation with contemporaries like The Chainsmokers, Twenty-One Pilots and Maroon 5. "We got a little more, I guess, "pop funk," figures Tom Cantillon, trying to describe the turn in direction that birthed Beta Play, "kind of white boy pop-funk, a little quirky, a little snarky.

Santa Barbara Firefighters Alliance ensures the safety of our community by raising funds to purchase much needed, unbudgeted, state-of-the-art equipment to enhance the effectiveness of our city and county firefighters in their work to protect all of us.